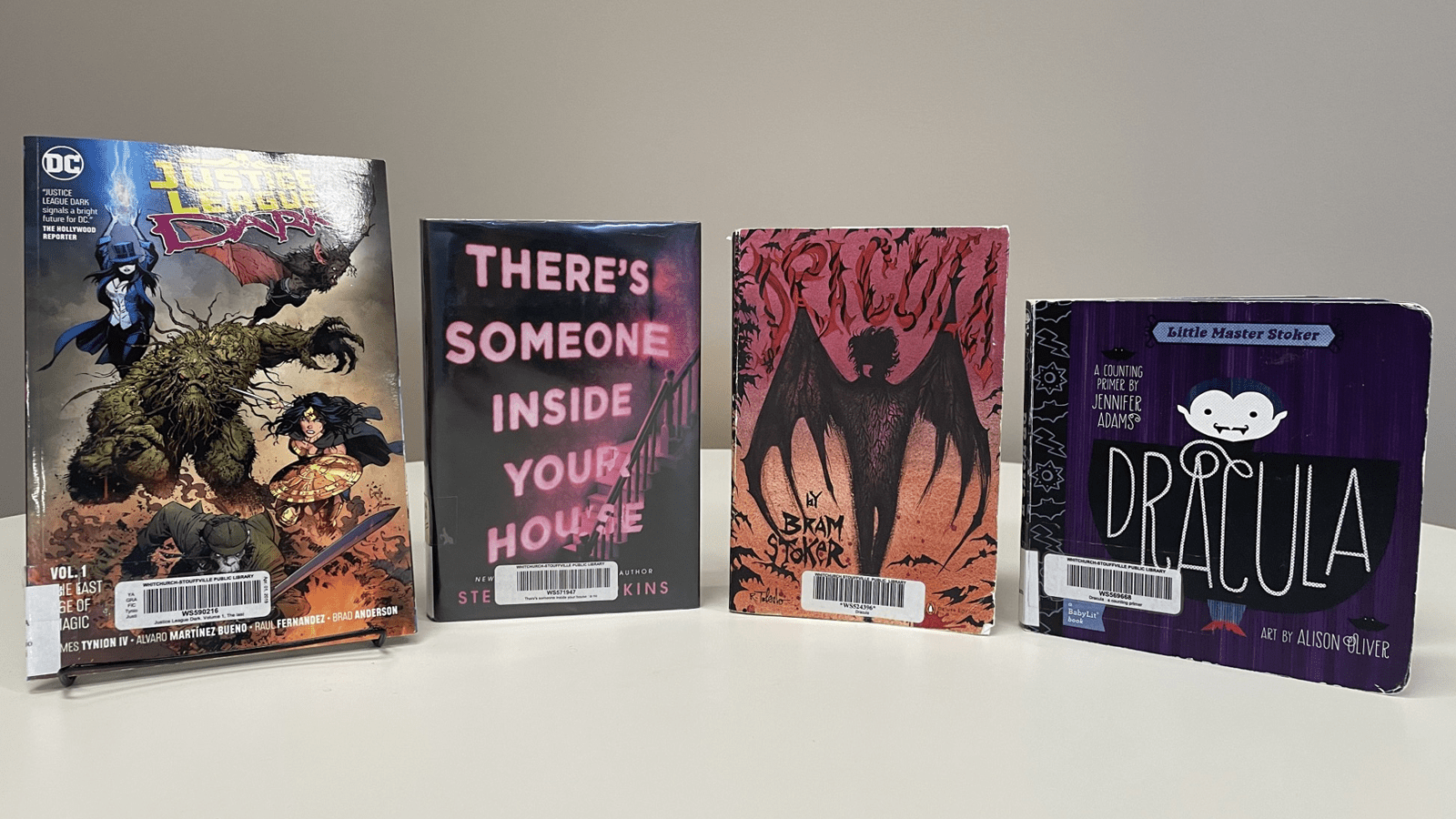 There’s Someone Inside Your House by Stephanie Perkins

What happens when a romance author writes a slasher novel? This book! Usually any romantic scenes in horror movies are just set ups for a grisly murder, but here the romance is an integral part of the story. The book follows Makani, a teen from Hawai’i who moves to Nebraska to live with her grandmother. When local teens start getting killed, the hunt is on for the killer. This book doesn’t fit neatly into a category; it’s too gory for most romance fans, and too romantic for more horror fans. But for the right person, this book could be just the thing to read on a spooky October night, and was also adapted into a film on Netflix for a spooky movie night.

The WSPL has this item as a print book.

The granddaddy of all vampire books, Count Dracula was around long before anyone was on Team Edward, and this vampire most definitely does NOT sparkle. Dracula isn’t a thrill a minute read, and the romance elements are all very polite by today’s standards, but this book is a must for any vampire fanatic. The story seems very stereotypical (an ancient castle, wolves howling in the mist, etc.) until you realize that this is where the stereotypes come from! Dracula is epistolary, meaning it’s told in a series of letters, diary entries, articles, and so on. It’s an interesting approach, one that lets you get to know the different ‘voices’ of the characters by their writing style.

Two other things of note. If your mental picture of Count Dracula is the common one of a man with slicked back hair and dressed in an elegant black suit be prepared for a shock when you read the actual description. Second, the latter part of the novel takes place in Whitby, a seaside town in England. It’s not quite as scary if you imagine Dracula hanging around in our Whitby!

The WSPL has Dracula-themed materials in many formats (books, ebooks, movies, etc.) and for all ages.

DC Comics has a vast catalogue of lesser known characters, some of whom are mysterious, magical, or just plain weird- the Justice League Dark series let’s them all have their moment to shine! There’s Zatanna, who casts spells by saying things backwards; Swamp Thing, a plant elemental made of swamp muck; Man-Bat, a longstanding enemy of Batman; John Constantine, a smart-mouthed English sorcerer (and star of his own series, Hellblazer); and even Detective Chimp, a Sherlock Holmes-inspired chimpanzee. If super-hero action combined with supernatural horror sounds appealing, definitely check this series out.

The WSPL has this series as print graphic novels in the superhero section. 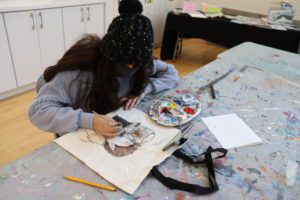 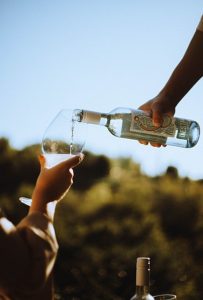 Summertime is finally here, it’s getting hot outside and all you might be looking for is a refreshing, easy-to-drink wine that you can have (and have again) without breaking the

Beginning on Friday May 20, visitors to Latcham Art Centre can experience Both Sides Now, a two-person exhibition of abstract painting by artists Gary Evans and Frances Thomas. The title

Got something to share? We’d love to see it!