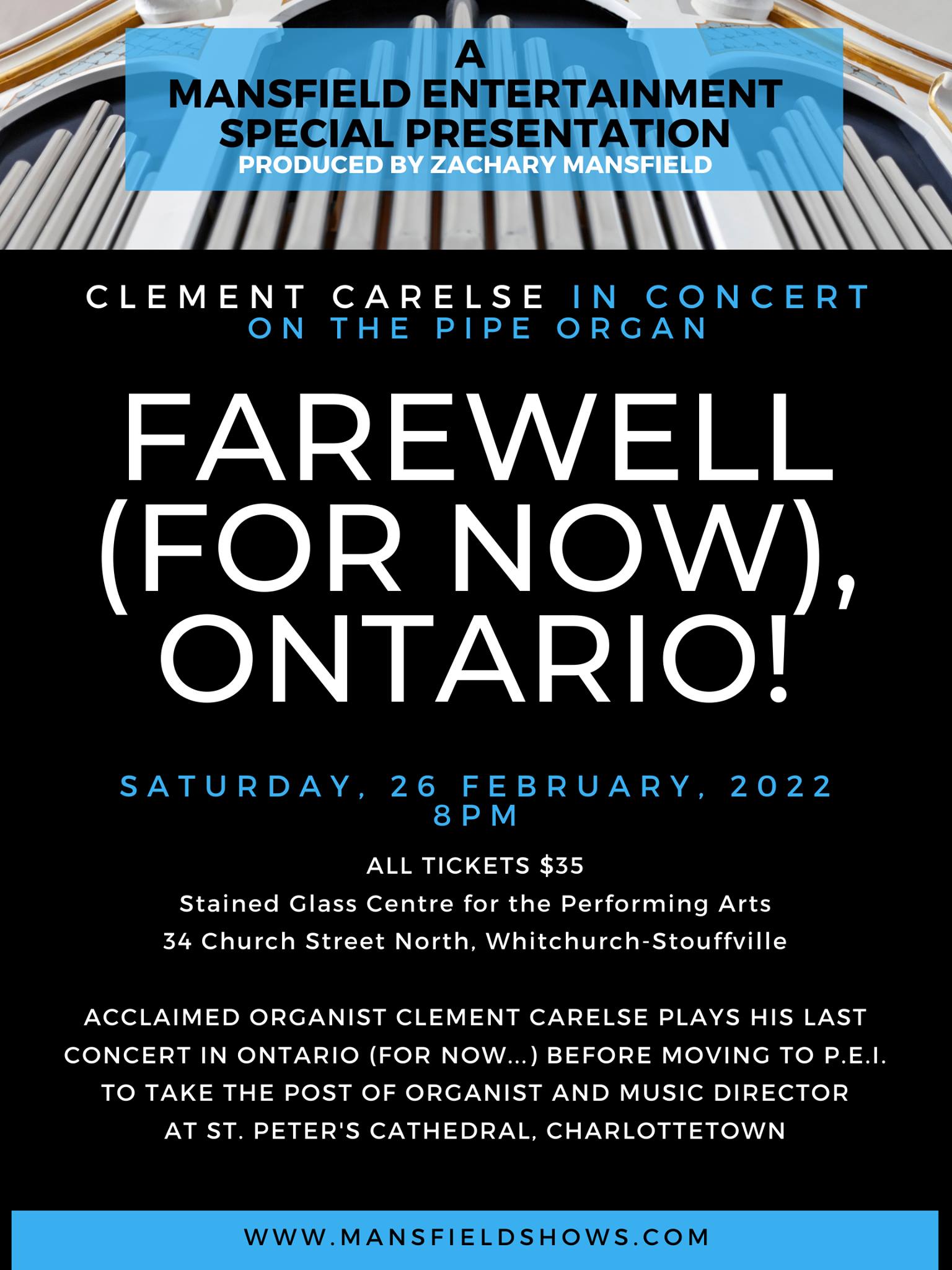 Farewell (For Now) Ontario!
An intimate concert by one of the masters.
About this event
A NOT TO BE MISSED CONCERT IF YOU LOVE MUSIC!

Acclaimed and accomplished classical musician, Clement Carelse (Joan Mansfield’s brother), is poised to play his final (for now) Ontario concert with us in Stouffville, on the 87-year old pipe organ at the Stained Glass Centre.

Carelse, shortly after the concert, will be moving to Charlottetown, Prince Edway Island to take up the post of Organist and Choirmaster at St. Peter’s Cathedral. Don’t miss your chance locally to see this master of the pipes strut his stuff.

The Administrators of this directory/website, The Whitchurch-Stouffville Chamber of Commerce, certify that the information provided is, to the best of our ability, accurate as of the release date of this website, and was obtained in consultation with and through the information publicized by the vendors/venues themselves. Details such as hours of operation, seasonal variations, admission policies, restrictions, offerings, membership requirements, continued viability, locale, social media and website links, etc. are subject to change. Please contact the vendor/venue directly to verify the current status and information.